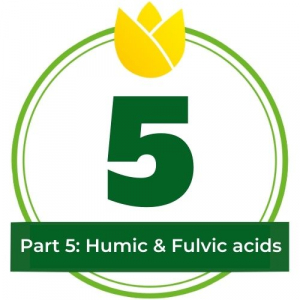 What are humic acids and fulvic acids?

Humic and fulvic acids are therefore hardly degradable and thus part of humus.

What is humus again? Humus is a stable substance that arises after a series of degradation processes by soil life. Now that we have summarized all definitions, we can take a closer look at the real difference between humic acids and fulvic acids? And what is their function in the soil?

The function of humic acids in the soil

What do humic acids do in a soil? Humic acids contribute to better water retention in the soil and they have a positive influence on the soil density. More air enters the soil, which is good for soil life and improves the development of the roots. Other nutrients, such as nitrogen, phosphate, potassium, magnesium and trace elements become more available to the plant, partly due to humic acids. Plant growth will be stimulated largely by humic acids.

What do fulvic acids do for the soil

Fulvic acids are transporters of nutrients and therefore important for organic fertilizer. Fulvic acids not only transport, but also mediate in the absorption of trace elements and minerals.

Humic and fulvic acids are strong together

Humic acids and fulvic acids have in common that they both stimulate the root growth of a plant. In addition them make the plant more resistant to stress together.

Have you forgotten about the other nutrients in organic fertilizers? You can read the different articles about organic matter, N-P-K, calcium and magnesium and trace elements.

Adding organic fertilizer into the soil is therefore important, but the added value varies per soil type. For professional use in agriculture, horticulture and fruit and vegetable cultivation, we advise you to look at what your soil needs together with a fertilizer advisor. 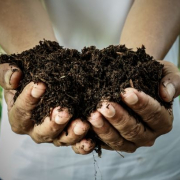 What is effective organic matter?

These cookies are strictly necessary to provide you with services available through our website and to use some of its features.

Because these cookies are strictly necessary to deliver the website, refuseing them will have impact how our site functions. You always can block or delete cookies by changing your browser settings and force blocking all cookies on this website. But this will always prompt you to accept/refuse cookies when revisiting our site.

We fully respect if you want to refuse cookies but to avoid asking you again and again kindly allow us to store a cookie for that. You are free to opt out any time or opt in for other cookies to get a better experience. If you refuse cookies we will remove all set cookies in our domain.

We provide you with a list of stored cookies on your computer in our domain so you can check what we stored. Due to security reasons we are not able to show or modify cookies from other domains. You can check these in your browser security settings.

These cookies collect information that is used either in aggregate form to help us understand how our website is being used or how effective our marketing campaigns are, or to help us customize our website and application for you in order to enhance your experience.

If you do not want that we track your visit to our site you can disable tracking in your browser here:

We also use different external services like Google Webfonts, Google Maps, and external Video providers. Since these providers may collect personal data like your IP address we allow you to block them here. Please be aware that this might heavily reduce the functionality and appearance of our site. Changes will take effect once you reload the page.

The following cookies are also needed - You can choose if you want to allow them: